What is Photoshop? EP. 1 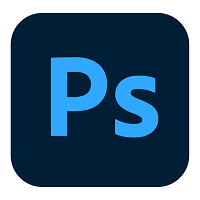 Our Photoshop tutorial is designed for learning Photoshop, which is leading photo editing software.

We have started this tutorial from scratch; we will cover all the basics and advanced topics of Photoshop editing. Further, we will discuss the useful tips and tricks for photo editing.

Each topic in this tutorial has a maximum number of annotated images so that you can learn each step easily.

In this tutorial, we will discuss each aspect of Photoshop tools and editing, including workspace, layers, tools, photo editing, smart objects, blend mode, colors and gradients, selection technique, filters, etc. We will also discuss some advanced topics such as web designing in Photoshop.

Photoshop is an exceptional raster-based photo editing software used for graphical work. It is primarily used to create, edit, and manipulate several graphical as well as digital artworks.

Photoshop is developed by Adobe Systems and provides support for Windows

andMac OSoperating systems.We can create images with layers and save them in a different image format such as jpg

,png,gif, tiff, etc. The default file format for Photoshop files is PSD. The PSD stands for Photoshop Document, which is a native file format for Photoshop. It saves the works in actual position as it is in the Photoshop workspace. When we open a PSD file, it will open the files with layers.Photoshop is a premium adobe tool that comes with a 7 days trial period. It is a very popular tool among photographers and graphic designers. It is such popular that the term photo editing is known as Photoshop. It provides numerous editing tools and plugins that make it user-friendly and easy to use for editing. 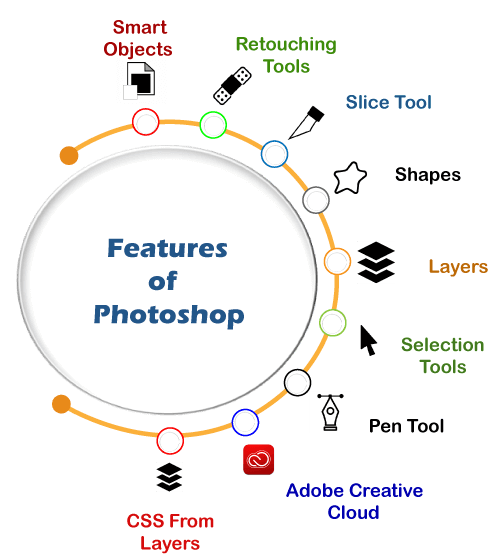 Some key features of the Photoshop tool are as follows:

Layers are one of the best features of Photoshop. Layers allow you to work like a separate piece of paper that you can edit independently and later add to your work. The main advantage of using layers is we can edit a specific component of our image or work without affecting the other components.

Photoshop provides an easy-to-manage Layer Palette with some extensive features to manage them, such as opacity (Transparency), layer mask, blending modes, lock, etc. We can also manage our layer stack, such as keep a particular layer up and down by just dragging.

The Magic Wand tool is very advanced. It automatically selects similar color pixels and controls the range of colors through tolerance.

The Pen Tool is a very dominating tool of Photoshop. Nowadays, we cannot assume Photoshop without a pen tool. Before the pen tool, the software was nothing but a just editing tool. But, the pen tools make it an advanced designing software. However, the pen tool is not so easy as other tools. It takes time to set the hand on the pen tool, but you can draw anything that you assume once you are familiar with it. It takes the design to the next level.

The pen tool's basic task is to draw a path along with anchor points, but the creative stack of this tool is limitless. It provides three types of anchor points to draw and reshape the shapes.

However, the shape layer's outlook is limited, but the capabilities of this layer are extremely good.

A Shape layer can be easily edited using the pen tool or a selection tool and will retain its original quality.

The Slice tool is also a fascinating tool of Photoshop. It is a useful tool for web designers. We can easily slice any images into different sections to provide an image a web look.

Smart objects are also a very useful feature of Photoshop. They are a kind of layer that holds image data. The smart object preserves the original data of an image by making it a non-destructive layer.

We can embed the content of an image into a new document. Also, we can create linked smart objects in reference to another image.

The key advantage of a smart object is that we can freely perform the non-destructive transform.

Adobe Create Cloud provides cloud storage to save your work to the cloud straight from your Photoshop. You can easily access your images from any device using the creative cloud.

It is a handy feature for web designers. This feature allows us to generate the CSS code for specific design elements. For example, if we have drawn a rounded corner rectangle on a layer, if we want the CSS code for this rectangle, we can do so by right-clicking on that layer and select the Copy CSS option from the context menu. So it makes it easy to create a web template from a Photoshop file.

Photoshop was originally developed in 1998 by Thomas and John knoll. Since then, Photoshop has been updating itself not only in raster-based graphics editing but also in digital arts. It releases almost every year a new version with some enhancement and improvements.

Its naming scheme is based on the version numbers from 0.07 through version 0.87, which was the first commercial version of Photoshop. In February 1990, all the way to version 7.0.1. It made several minor and major releases before version 8.0 in October 2003.

Some popular releases of the Photoshop are as following:

The Photoshop workspace is its default user interface, also known as essentials. It contains several different palettes. At the top of Photoshop's UI, we can see a menu bar, which holds several menu options such as:

These menus contain several options for creating and editing documents. In this tutorial, we are using the Photoshop CS5 version. The functionality and features will be almost the same for other versions as well.

Also, we can see other windows such as tools, colors, swatches, styles, layers, channels, etc.

Below is the default view of Photoshop: 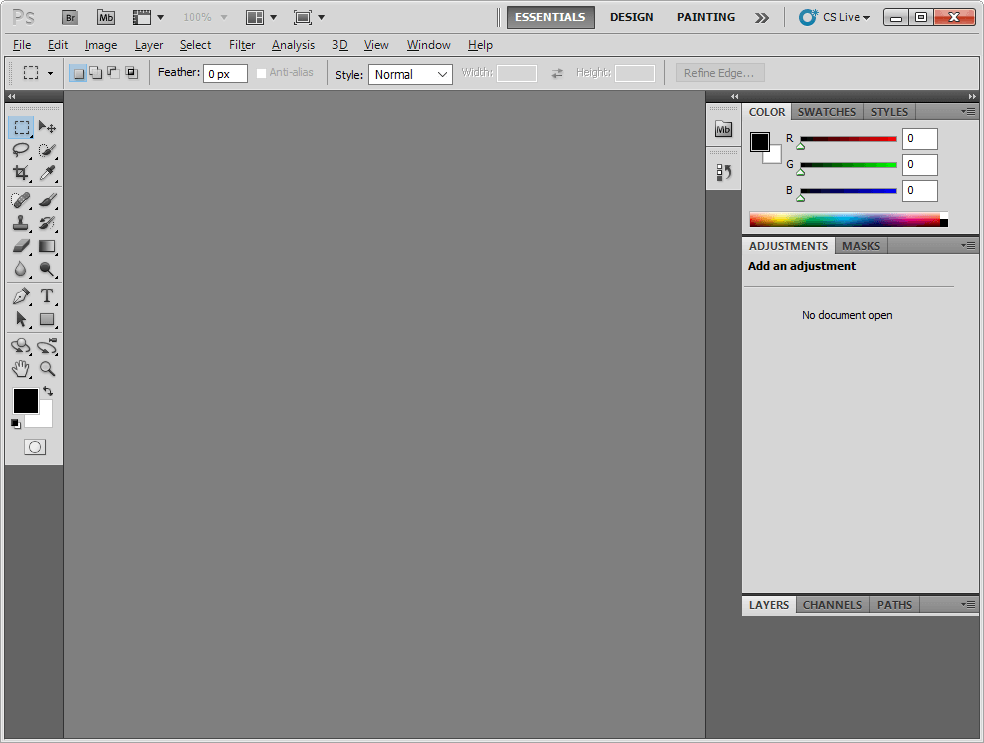 If you have lost the default workspace while exploring its features, you can switch it back to default by navigating the Windows-> Workspace->Essentials menu.

To learn Photoshop, all you need to have the skill to understand the tools and functionality. You should have a working knowledge of the computer. Since it is an image manipulation tool, so you don't need to worry about the prior knowledge of any technology. Just make sure you have properly installed it on your system.

This tutorial is for users who want to become a photo editor, graphics designer, and UI designer. It is designed to help beginners and professionals both.

We assure you that you will not find any discrepancies or problems in this tutorial. But in case if you find any mistake, you can inform us by posting it in the contact form.