The layer mask uses the black and white filter to show or hide the layer content. In contrast, the clipping mask uses the content and transparency of a layer to control the other layer's visibility.

We need two layers to create a clipping mask.

Make the bottom layer to that layer that contains the actual content of the image to control its visibility. If any part of the bottom layer is transparent, the same region for the above layers will be hidden.

It may seem complicated how a clipping mask works, but it is super easy once we practically use it.

Let's consider an example; suppose we have an image layer and a text layer. We want to add the image inside the text; then, we can do so by using the clipping mask on the layers.

In the above image, we have masked the image layer with the text layer. The above image is clearing a picture of what a layer mask does?

What is Clipping Mask?

The clipping mask is a layer clipped inside another layer or a group. The clipped layer will only be visible within the boundaries of the base layer, which is the main content layer. It could be shape, text, or anything else.

Once we clipped layers to a layer, the main layer will be underlined to indicate a base layer.

Let's understand how to use clipping masks:

How to use clipping Mask in Photoshop?

Creating a clipping mask in Photoshop is a straightforward process; all we need to keep the layers in the right order. Photoshop provides a visual indicator to display how and where the clipping mask is being applied.

Let's discuss how to use a clipping mask by putting an image inside a shape.

Follow the below steps to apply a clipping mask to a picture:

Press the Ctrl+N keys or select the new option from the file menu to create a new document. 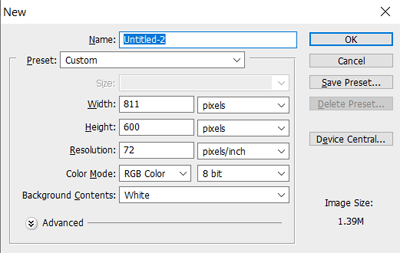 It will create a specific size document.

Now, create a new layer by pressing the Ctrl+Shift+N keys. Now add any shape or text or anything that you want to make a mask underlying it. For example, we are creating a circle to make the image clipped with it. To create a circle, rectangle, or any other shape, select the respective shape tool from the toolbox given at the left of the workspace. 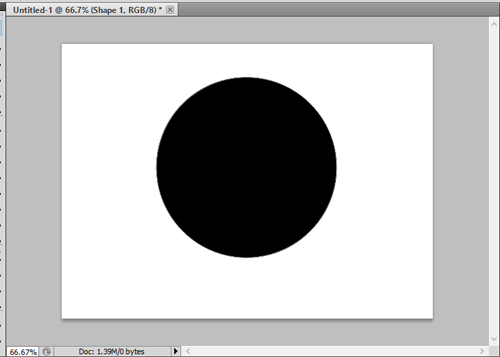 Now, create a new layer by pressing the Ctrl+Shift+N keys. Now add the content that you want to clip with the shape. For example, we want to clip an image with a circle. Then, we will add an image into this layer by dragging it into this workspace. 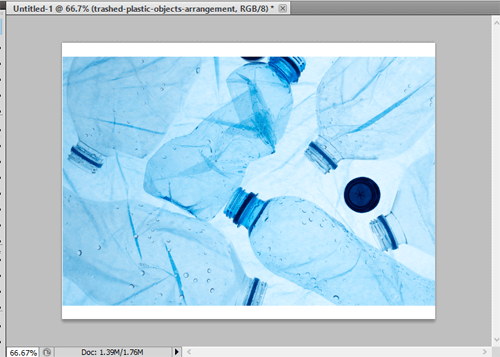 The layering order is very important for clipping. It should be proper. The main layer in which you want to put the content should be at the bottom. It is called the base layer and defines the boundaries for the mask.

Consider the below layer stack: 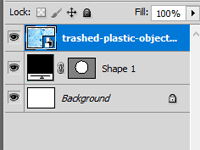 In the above layer stack, we have to keep the base layer at the bottom just after the background layer and the image layer at the top of the shape layer. In this stack, the image will be properly clipped with the shape after applying the clipping mask.

To apply the clipping mask, press the Alt key and move the cursor to the top edge of the shape layer. The mouse pointer will be converted into a clipped shape from the arrow. When it is showing a clip pointer, click on edge. It will merge the image with the shape.

Alternatively, we can apply the clipping mask by selecting the top layer and press the Ctrl+Alt+G keys. Also, we can apply it by navigating to the layer -> Create Clipping Mask menu.

Consider the below image: 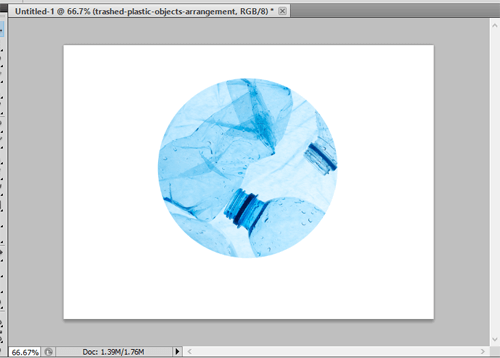 Just like the above shape, we can merge a text with an image or any other shape.

It is straightforward to move to content within the clipping mask. To do so, select the topmost layer that you want to fit in the mask; after that, select the move tool from the toolbox to give at the left of the workspace or hit the V key.

Now, we can reposition the mask content by dragging the mouse cursor in respective directions.

We can also create a stack of clipping masks to a layer that is invaluable while adding the clipping mask we have created.

For example, if we want to add two frames in a picture, keep the main frame at the bottom, then the next frame on top of that and the picture in the same sequence.

Now, we can clip each layer just with the above layer. For a better visibility, resize the layer as per the requirement.

In case you have accidently clipped the wrong layer and want to remove the existing clipping mask. We can easily remove the clipping mask if we want. It is a straightforward process, just like adding the mask.

When we ungroup the base layer from the above layer, all layers in the clipping mask will ungroup.

Follow one of the below steps to remove a clipping mask:

and clipping mask are two different features of Photoshop. However, their main usage is the same is to control the visibility. So, it will be useful to compare both the features to clear the picture of what they do and when to use them.

The following are some key differences between the layer mask and clipping mask:

Here, we have discussed the clipping mask in Photoshop and its different use cases. Further, we have compared it with the layer mask. We have also discussed how they are different and similar.

The clipping mask is useful for compositing multiple images. It controls their visibility, such as adjusting a photo into a frame or enhancing some text by adding a picture such as fire, water, etc.

We want to add a final note to this discussion that masking is one of the powerful features of Photoshop. The clipping mask and layer mask both the tools are both completely different. Both the tools are very useful from a designer's perspective.

They provide a powerful way to control the image's visibility. We can create imaginary graphics as per our requirement using the masking features.

NEXT How to Deselect in Photoshop